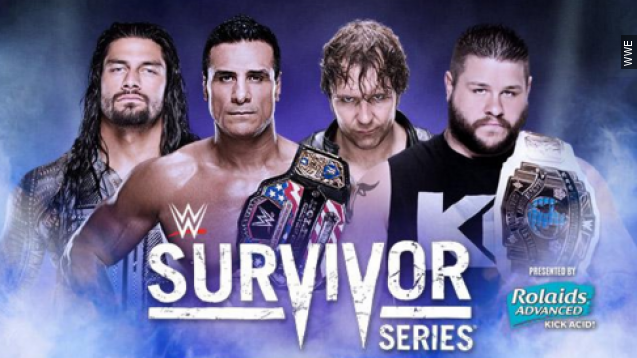 Activist hacker group Anonymous claims to have found evidence that suggests ISIS will attack the event, which is being held in Atlanta, Georgia. It's important to note the threats haven't been confirmed. (Video via YouTube / Anonymous)

The International Business Times says it spoke with members of Anonymous who say the group sent proof of the threats to the necessary authorities, but don't plan to release it publicly because "[accounts showing proof] would be shut down immediately and then no one would believe the proof."

According to a statement from WWE obtained by multiple outlets, the FBI has been made aware of the threats. The company says it will "work closely with our law enforcement and private sector partners" to ensure everyone's safety. (Video via WWE)

Anonymous lists other locations and events allegedly at risk, three in Paris and at least four others worldwide. The group says they all have one thing in common: Nov. 22, the day on which the threats are supposed to take place.