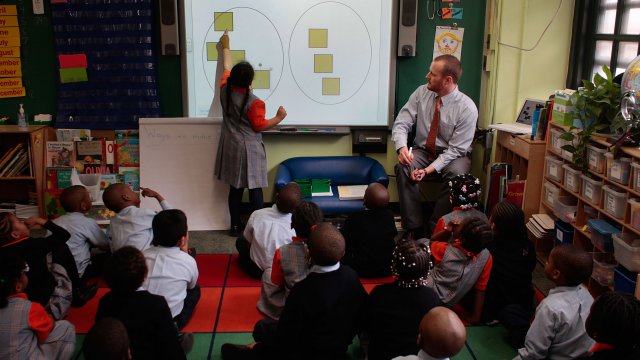 State lawmakers in West Virginia are meeting this spring in a special session focused on education reform. And one point of debate is charter schools.

Right now, the state doesn't allow them at all. During an earlier debate on the issue, one state senator pointed to test scores as a reason to *not allow charter schools.

"I've heard we're ranked 47th. I never could figure out where that came from, but I finally figured it out. It was ALEC, the American Legislative Executive Council. ... The ACT rankings in the United States for 2018, West Virginia came in 30th. Not the top, but certainly not the bottom. But you know who is the bottom? What 15 states are in the bottom? Fifteen states that have charter schools," state Sen. Mike Romano said.

So is he right that states with charter schools have lower ACT scores? His numbers are correct, but the point he's trying to make is wrong.

Let's start with the first ranking he mentioned from ALEC. That's a political lobbying group, and it does rank West Virginia No. 47 out of 50 for education. So on that point, Romano is right.

He's also right about West Virginia's ACT scores. In 2018, West Virginia students had an average ACT score of 20.3, which puts the state in the 30th spot, tied with North Dakota and Ohio.

So Romano presented correct numbers on West Virginia's national rank. But implying that charter schools are connected to lower ACT scores neglects some important context. Charter schools are allowed almost everywhere across the country, including Connecticut, the state with the highest average ACT score.