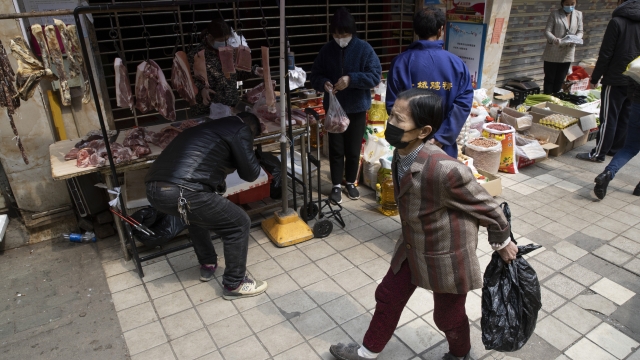 SMS
Wuhan Plans Citywide Testing After New COVID-19 Cases
By Meg Hilling
By Meg Hilling
May 12, 2020
Health officials are concerned that the virus may still be spreading in the city, despite lockdown measures earlier in the year.
SHOW TRANSCRIPT

Officials in Wuhan, China, are planning to carry out citywide testing for COVID-19 following reports of a new cluster of cases for the first time in weeks.

Health officials will reportedly be conducting nucleic acid testing, which detects the genetic code of the virus. According to CNN, this testing can be more effective at determining infection than tests that look at a body's immune response.

The outlet reports that none of the new cases were imported from overseas. That's prompting concern among health officials that the virus may still be spreading in the city, despite aggressive lockdown measures earlier in the year.

Reuters reports that every district in the city has been asked to submit a detailed testing plan by Tuesday for their area. Health officials plan to test everyone in the city — roughly 11 million people — over a 10-day period.