WTKR: From NASA To Politics, Virginia Women Are Breaking The Mold 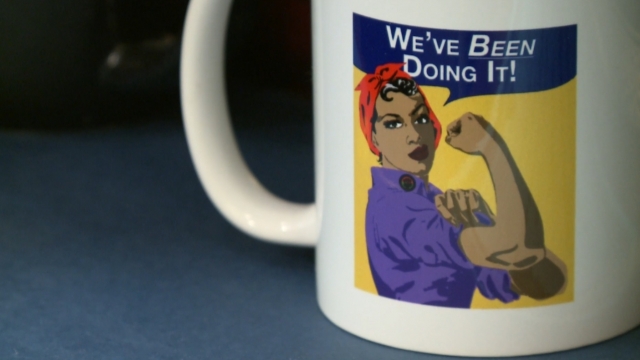 From billions of miles away we may feel small, but on solid ground women's contributions are monumental.

Throughout the month of March, News 3 will be celebrating Women's History Month and highlighting women who are trailblazing in their careers and personal life.

"I'm just one example of what you can be. You can be anything," said Katie Cranor.

Katie Cranor is the Associate Division Chief at NASA Wallops Flight Facility at Goddard Space Flight Center, which is NASA's only owned rocket launch range. Cranor is a critical part of getting the rockets on site to liftoff.

"You get those butterflies in your stomach. You know, when you're going across a roller coaster and you're going on the down leg, you know, when you get that thrill, you literally feel that when there's a launch that's happening and that you have a direct role in the success of that operation," she said.

Success isn't possible, though, without a host of responsibilities. In her leadership role, generally speaking, Cranor oversees safety operations.

"We have an organization that is roughly, about, 33 civil servants with, you know, a handful of contractors here and there. So we have a multidisciplinary team, we have ground safety analysts that go out and make sure that when employees are out working on that had with really big hazardous systems with, you know, explosives and chemicals and pressure systems, that we're there to make sure everyone stay safe. We're overseeing those operations, were reviewing the procedures and ahead of time and reviewing the design, we're helping influence the design to be safe, you know, that there's enough inhibits in place," Cranor said.

Along with rockets, Cranor's also launching Women in Stem to new heights, serving on the Women's Advisory panel at local universities. She said it's about empowering those who will fill the space behind her.

"Those barriers that sometimes women perceive going into these types of fields — that it's going to be long hours, I'm not gonna be able to have a husband, I can't have that career. and do all the other things that I kind of want to do to just try. When you try, it actually might work," she said.

When it does work, the cheers flood in, much like the cheers that echoed across the state in Richmond from a historic election.

For two months and counting, Winsome Sears has been serving as Virginia's Lieutenant Governor. In fact, she's the first Black female to hold the position.

Sears is also a Jamaican immigrant, Marine Corps veteran and businesswoman/entrepreneur. Atop her latest achievements is the ability to serve among the top political power in Virginia.

"When you have someone in office at this high level who looks like me there's gonna be change," she said during an interview.

She is the first woman to hold the position in Portsmouth after winning election-after-election starting in 2015.

"I know that I have so many other young ladies who are looking at me, who come from where I come from, who say, if Stephanie Morales could do this I know I can do whatever I want to accomplish," she said.

Raised in Portsmouth, it's safe to say Morales has quite a bit of "hometown pride." On top of her duties as a prosecutor, she's an author and a mentor for young kids.

Morales was also recently recognized by Forbes, through "For(bes) The Culture 50 Champions," for uplifting Black and Brown voices.

"We do this work without expecting any recognition or reward. We are in the trenches, trying to work to see better communities, to see a better society. And so to see Forbes honor me, and then not only that to be placed in a special category of a Rising Star, it was just special. I was speechless," Morales said.

She shared this message for anyone who identifies as female, "As women, we are not limited. We're not limited to just being moms or just being career women, that we're free to be who we are as people as well. I want the young girls and young women who are watching to hear me say kick the door and you are brilliant."

This story was originally published by Erin Miller on wtkr.com.