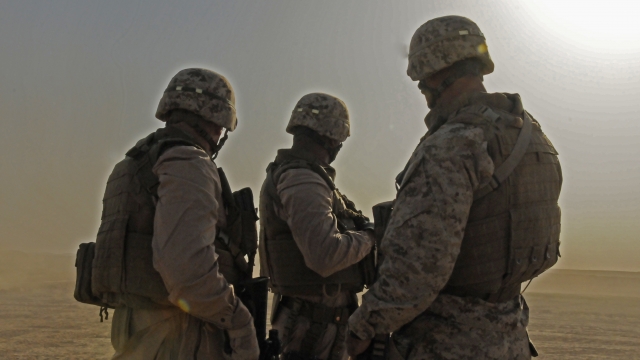 The Wall Street Journal says the White House is considering doubling the number of U.S. troops it's sent to the Middle East since May — although the Pentagon is refuting that report.

In May, the Trump administration deployed 14,000 troops to the region after it accused Iran of mobilizing proxy groups to target American forces in Iraq and Syria, among other things.

A new deployment could include 14,000 more troops and dozens of ships. The idea's been on the table for a while, but it's becoming more likely as tensions rise in the area. Last week, a U.S. Navy ship seized an Iranian ship with missile parts.

The U.S.'s concern about Iran ramped up in September after drones attacked two Saudi oil plants. The U.S. blames Iran for that attack, but Iran says it wasn't involved.

The Wall Street Journal says the president hasn't made a final decision yet, but he could sometime this month. Soon after the Journal published its report, the Pentagon's spokesperson said in a tweet "this report is wrong."