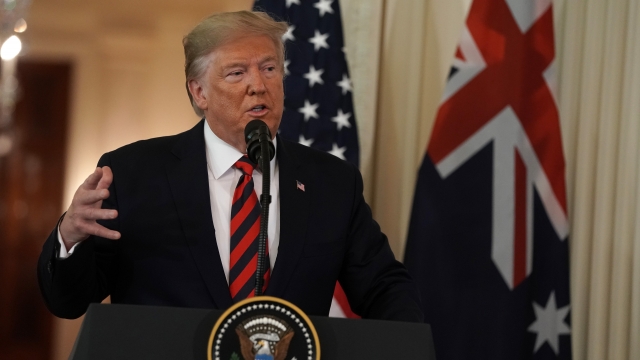 The complaint was not disclosed to lawmakers, who are now trying to get to the bottom of things.

But President Trump downplayed the complaint when taking questions from reporters Friday.

"I don't know the identity of the whistleblower," he said. "I just know it's a partisan person, meaning it comes out from another party. But I don't have any idea. But I can say that it was a totally appropriate conversation. It was actually a beautiful conversation."

Reporters asked him what was discussed during the July 25 phone call, but the president said it "doesn't matter" and that someone should investigate the former vice president.

Biden issued a statement following the Journal's report and said, "If these reports are true, then there is truly no bottom to President Trump's willingness to abuse his power and abase our country." Biden also said, "At minimum, Donald Trump should immediately release the transcript of the call in question, so that the American people can judge for themselves."

House Democrats are investigating the conversation between the president and Ukraine's leader.