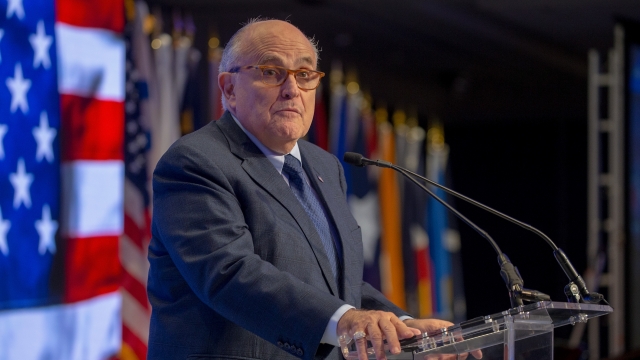 Federal prosecutors in New York are reportedly looking into whether Rudy Giuliani could have personally profited from a Ukrainian natural gas business.

According to The Wall Street Journal, two business associates of Giuliani — who were indicted last month on campaign finance charges — pitched their new company, Global Energy Producers, to various Ukrainian officials and executives earlier this year. The pitch reportedly included plans to build a pipeline that would carry American natural gas from Poland to Ukraine. People familiar with the matter told the Journal the pipeline deal was presented as having the backing of Giuliani and the Trump administration. The two men reportedly even said Giuliani was a potential investor in the company and a partner in the pipeline venture.

In an interview with the Journal on Friday, Giuliani denied having anything to do with the company or the pipeline plan, saying, "I have no personal interest in any business in Ukraine, including that business." He also said he was not aware of any investigation into the matter and asked, "If they really want to know if I'm a partner, why don't they ask me?"