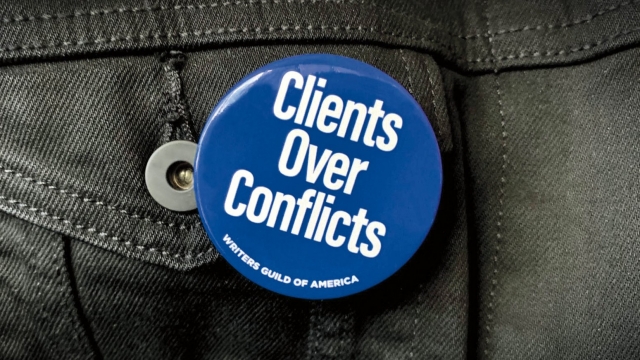 The disagreements stem from deviations in the usual commission agreement. The Writers Guild says the changes create conflicts of interest.

The escalating dispute revolves around failed negotiations between the guild and the agencies. Previously, the working relationship between agents and writers was based on a 1976 agreement. That deal expired Saturday, giving the guild a chance to negotiate a better agreement for writers.

A talent agent acts as a mediator between writers and studios. Typically, an agent's commission has been 10% from the writer's paycheck. This was meant to incentivize agents to negotiate better deals for writers.

The recent disagreements stem from two practices that essentially pit the agent against the writer's best interest, according to the Writer's Guild.

One complaint is that agencies are starting their own production companies. According to the Writers Guild, this creates a major conflict of interest because the agents can also then be a writer's employer. It gives an agent the incentive to negotiate lower pay for a writer to save the agency money.

The other complaint revolves around agencies increasingly "packaging" talent in a single deal — for instance: a writer, an actor and a producer. The agent waives the 10% commission and instead makes a side deal with a studio. Essentially, the agencies pocket more money, while the writer gets less.

The lawsuit focuses on packaging fees and argues they violate a provision of the Taft-Hartley Act that prohibits bribery. The group representing the agencies says the Writers Guild is "forcing their members and our industry into long-term uncertainty."

As Hollywood approaches its usual hiring season, the labor union told writers to use lawyers, managers or its online job portal instead of agents.