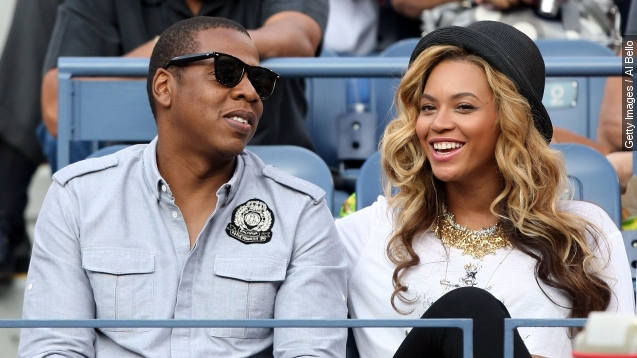 Hampton has deleted her tweets, but Complex had collected them and posted them on its site. Here are a few:

"When we needed money for bail for Baltimore protesters, I asked hit Jay up, as I had for Ferguson, wired tens of thousands in mins."

"...and more stuff, too much to list actually, that they always insist folk keep quiet."

Hampton later tweeted a frown face with the link to Complex story that used her tweets, and followed up, tweeting, "really don't understand how people try to build a story around a series of tweets."

But then Hampton tweeted later that same hour, verifying her claim that Jay Z and Beyonce allegedly gave money to help the protesters.

Hampton is known for her writing and worked with Jay Z on his autobiography "Decoded."

According to The New York Times, she played a part in the "I Can't Breathe" shirts NBA players wore during pregame warmups this season.

We think she was referring to the media there, and Complex apparently did get those screenshots.