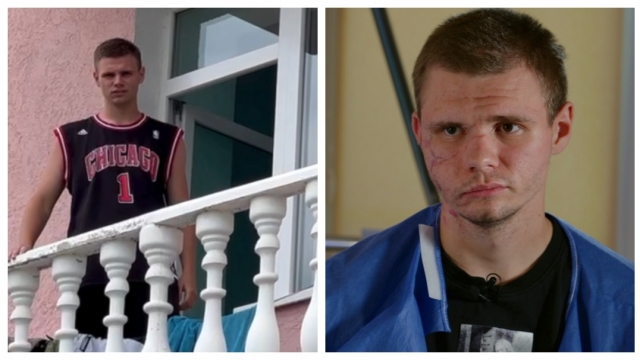 In a country at war, 21-year-old Gleb Ivankovich wanted to celebrate his college graduation with his close friends.

They rented a room at a resort, and recorded much-needed carefree moments.

It could be young people anywhere in the world.

But this is Ukraine.

"We graduated from university. And wanted just swimming and relax," said Ivankovich.

Just hours after they recorded their video, Russian cruise missiles pummeled the resort and a residential building next to it.

More than 22 people died, most of them moments after being awoken by wailing air raid sirens. 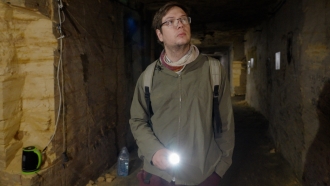 NEWSY'S JASON BELLINI: When you heard the air raid sirens, what did you do?

GLEB IVANKOVICH: We were having fun in the room, listening to music and getting ready for bed. We just sat around like normal when we heard the alarm. People only react to alarms in areas where fighting is taking place. We knew, our parents knew, there were no military facilities there.

The July 1 attack was the worst thus far on the Odesa region.

One of Ivankovich’s friends recorded a video just after the attack. All five of the friends survived.

Though they narrowly missed being among the 5,700 Ukrainian civilians killed in Russian attacks since February, they’re part of another count: The more than 8,100 who’ve been injured.

Most casualties of this war result from Russian shells and missiles exploding, spraying micro missiles of glass and metal.

Artur Tumbashan, a specialist in scar prevention like the one treating Ivankovich, is struggling to help so many victims.

"This is our battlefield. We’re surgeons, that’s what we do best. We’re good at it, and we want with all our heart and soul to help people avoid all sorts of deformities, which cause depression," said Tumbashan.

BELLINI: Who’s paying for this?

ARTUR TUMBASHAN: We do them for free. This is our conscious choice. We’re not forced to do it. It’s done from the heart.

In Ivankovich’s case, hundreds of sharp shards from this window pelted his body.

Five weeks later, he's still helping his doctors locate the pieces still inside his back.

BELLINI: Do you remember when you first looked in the mirror what that was like?

IVANKOVICH: When I saw myself in the mirror, I wasn’t scared. I thought ‘everything will heal. It’s okay. Everybody’s alive. That’s the most important thing.

His doctor says, yes, his wounds will heal and the nerves in his face will eventually repair themselves. But even with laser treatments, some scars are for life.

Ivankovich considers himself a victim of terrorism.

"The main problem is that the Russian military, they are not a military, they are terrorists. An army fights against an army. Terrorists are those who attack ordinary civilians, who launch rockets into residential areas where there are no military facilities," said Ivankovich.

His doctors say his appearance from before the attack will never be fully restored.

When he would otherwise be starting his career, Ivankovich recovers, and waits for his wounds and scars, on the outside at least, to heal.