Would A Travel Ban Help Stop The Spread Of Ebola? 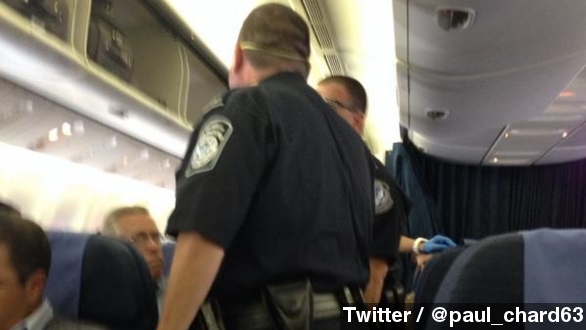 SMS
Would A Travel Ban Help Stop The Spread Of Ebola?

By Jasmine Bailey
October 6, 2014
After a passenger on a flight to New Jersey began vomiting, health officials rushed to meet the plane amid fears the man had Ebola.
SHOW TRANSCRIPT

If you've ever been on an airplane, this might look familiar. It's an air-sickness bag, meant for motion sickness.

But the Ebola outbreak has changed how some people might react to seeing a fellow passenger vomiting on a plane.

WHBQ: "Over the weekend, CDC agents removed two passengers from a plane landing in Newark, New Jersey, after a possible Ebola scare. One man on board was reportedly vomiting."

CNN: "The Port authorities said it was a routine response to to a sick passenger. But airport officials told CNN that authorities were taking precautions because of heightened concerns about Ebola."

ABC: "Experts say that scare comes from people here truly worried, a nation on edge, and that this fear is the new normal."

"This may be the new norm when somebody shows signs of an illness that could be Ebola."

But should it be? Yes, Ebola is scary, and yes, it has been brought over from West Africa to the U.S. But the chances of someone actually catching it on an airplane are extremely slim.

And that fact has been reiterated countless times over the past months. In August, the World Health Organization explained, "On the small chance that someone on the plane is sick with Ebola, the likelihood of other passengers and crew having contact with their body fluids is even smaller."

But still, some question why there's been no travel ban between the U.S. and Africa, and outlets are exploring that question.

Businessweek notes both Texas Rep. Ted Poe and Rep. Alan Grayson from Florida have called on the the Centers for Disease Control and Prevention to implement travel restrictions. But Businessweek dubs the White House's refusal to do so is the "right thing to do."

"Restricting travel to and from the affected region will have little impact on the already minimal risk to Americans from the Ebola virus while further worsening the situation in West Africa."

And CDC Director Dr. Tom Frieden said: "Although we might wish we could seal ourselves off from the world, there are Americans who have the right of return; there are many other people who have the right to enter this county. We're not going be able to get to zero risks, no matter what we do, unless and until we control the outbreak in West Africa."

Wednesday the White House noted, "We've provided guidance to pilots, flight attendants and others who are responsible for staffing our transportation infrastructure to ensure that if they notice individuals who are exhibiting symptoms ... that the proper authorities are notified."

As of now, U.S. officials say there are no plans to implement travel restrictions.

This video includes images from Getty Images and espring4224 / CC BY 2.0.