'Worst Contestant Ever' On ITV's 'The Chase' Responds To Criticism 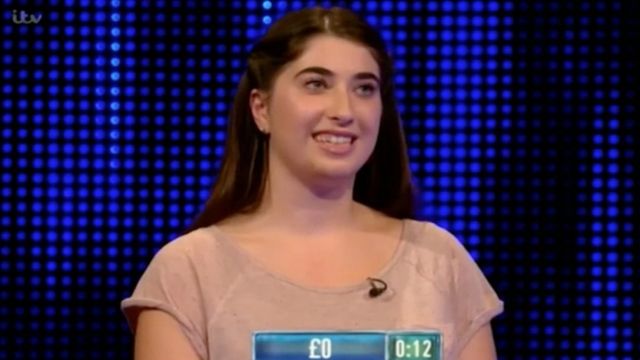 SMS
'Worst Contestant Ever' On ITV's 'The Chase' Responds To Criticism
By Matt Moreno
By Matt Moreno
January 25, 2016
The Bath University student failed to answer a single question correctly, but still walked away with a third of her team's winnings.
SHOW TRANSCRIPT

She's been labeled the "worst contestant ever" to appear on ITV's "The Chase." But now, Hannah Mastrangelo is responding to the criticism.

Mastrangelo, a Bath University student, failed to get a single question right in the game show's general knowledge Cash Builder round. Still, she walked away with about one-third of her team's $11,000 fund. (Video via ITV / "The Chase)

She was also criticized after she told show host Bradley Walsh she was studying French and Italian, but was only able to say "bonjour" and "ciao" when asked to speak the languages.

But she told The Argus she's smarter than how she appeared in the show. "... At the time of filming I hadn't even started at university. I study beginner's Italian so I hadn't even had a lesson of Italian before the show. ... The perception of me as a dumb student isn't true."

This video includes images from Getty Images and miguelb / CC BY 2.0.