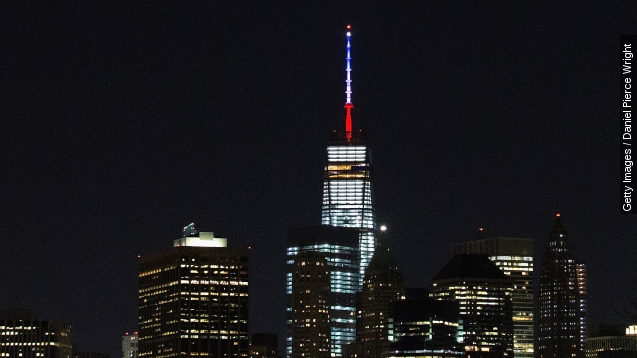 SMS
World Shows Solidarity And Opens Doors After Paris Attacks
By Eugene Daniels
By Eugene Daniels
November 13, 2015
After news of the terrorist attacks in Paris spread, social media was flooded with messages of solidarity for one of America's oldest allies.
SHOW TRANSCRIPT

In the wake of the horrific terrorist attacks in Paris Friday, Parisians quickly began to stand in solidarity with those affected by the tragedy, in some cases literally opening their doors to help.

Social media was full of trending topics #ViveLaFrance, and more interestingly #PorteOuverte. That hashtag, which roughly translates to "an open door" spread with people all over France offering shelter to anyone who needed it. Some news outlets also reported taxi drivers were offering people free rides out of the city.

Back in the U.S., Americans used #strandedinUS to offer similar hospitality to any French citizens who were stuck in the US after some flights to France were canceled Friday.

The tweets and Facebook messages are meant to let everyone know we're all in this together. Sentiments President Obama echoed in his speech Friday evening.

Hashtags like these aren't an abnormal sight after similarly tragic events, especially in Paris. The current wave of solidarity echoes use of the hashtag #JeSuisCharlie after the attacks on satirical magazine Charlie Hebdo earlier this year.

And a place that knows the tragedy of terrorist attacks too well, One World Trade Center, also lit up in the colors of the French flag Friday. The Paris attack is the second-most deadly terrorist strike on a Western city since 9/11.

This video includes images from Getty Images and music from Josh Woodward  / CC BY 3.0.