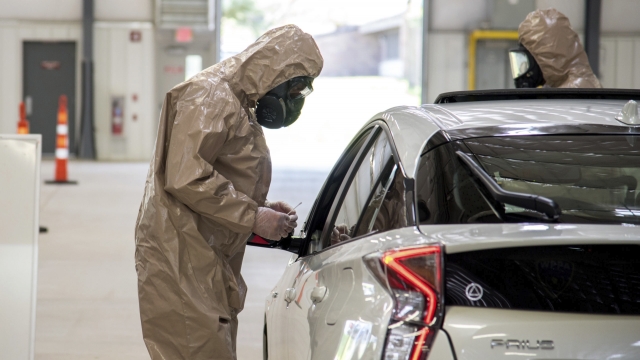 As the coronavirus pandemic continues, the world saw its largest single-day increase of reported cases since it began. On Saturday, the World Health Organization said cases rose by nearly 260,000 in 24 hours.

It also counted 7,360 new deaths — the highest one-day increase since May. In total, there have been more than 14 million reported infections and over 600,000 deaths globally.

The U.S., Brazil, India and South Africa are seeing some of the biggest jumps in reported cases. The U.S. surpassed its own daily case record nine times in July alone. On Thursday, it counted over 77,000 new cases — beating the previous record by more than 10,000. And Friday it counted its second highest day yet. On average, daily cases were up 22% from the week prior.

Asked about the numbers in an interview with Chris Wallace of Fox News, President Trump downplayed the surge.

TRUMP:  Chris, that's because we have great testing, because we have the best testing in the world. If we didn't test, you wouldn't be able to show that chart. If we tested half as much, those numbers would be down.

WALLACE:  But -- but this isn't burning embers, sir? This is a forest fire.