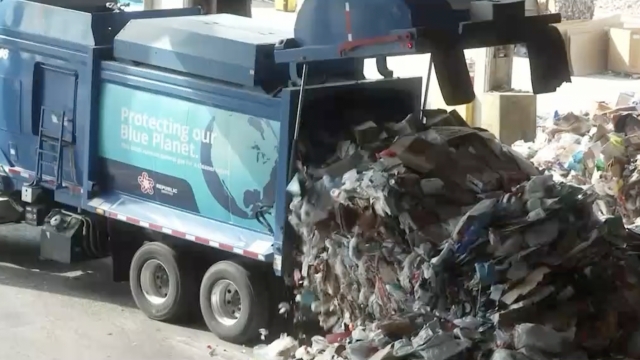 Americans generate a lot of waste — about five pounds per person per day — and a lot of it is plastic. Those flimsy grocery bags, shrink wrap packaging and of course, bottles — lots and lots of bottles.

Every year, we toss out 2.5 million plastic bottles.

"They are highly recyclable and its imperative they end up in your recycling bin," Republic Services External Communications Manager Jeremy Walters said.

Together, we create 400 million tons of plastic waste a year. Only two million tons of that gets recycled. We used to do better but during the pandemic, our recycling rate dropped because we started making more garbage.

"It's how much trash is generated versus how much recycling is generated. And when that trash starts to go up, the recycling volumes start to dilute," Walters continued.

Vegas—What happens here, gets recycled here. It's not the official slogan for the city, but it could be.

This city is known for excess — huge hotels and big casinos. And it also has the largest residential recycling plant in the country.

Republic Services recycles two million pounds every day, which is the equivalent weight of 500 cars. Workers at the massive plant sort the mixed recyclables, plastics, aluminum, glass and paper and remove the wish-cycle items, which are things we wish we could recycle but can't. 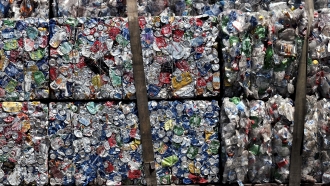 Is Hitting A 50% Recycling Rate Realistic?

Paper is easily the most recycled item — 50 million tons of it per year, and we also break down and recycle almost all of our cardboard boxes. More than 90% of those boxes get recycled.

There is plenty that doesn't get recycled, though. One hundred and ten million glass bottles get thrown away every year. Glass can be recycled indefinitely—same with aluminum— but we still don't recycle about seven million tons a year. And then there's all those plastic bottles.

All the trash that we create, which does not go through recycling plants like this one, ends up piling up in landfills.