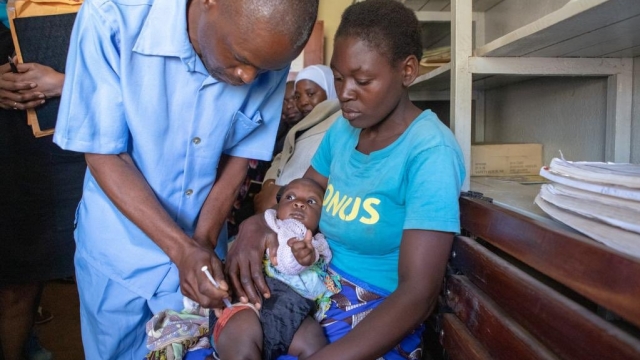 The world's first malaria vaccine is being introduced in Africa.

The World Health Organization announced Tuesday that Malawi will be the first of three African countries to start the "landmark pilot program." Ghana and Kenya will start offering the vaccines, known as RTS,S, next. The vaccine developer and manufacturer are donating up to 10 million doses. It will be available to children up to 2 years old.

WHO says malaria is one of the deadliest diseases in the world, with the majority of the deaths in Africa. WHO's director-general says measures like insecticides and bed nets have been helpful over the past 15 years, but "the malaria vaccine has the potential to save tens of thousands of children's lives."

The vaccine is the only one licensed to help combat malaria, but it isn't perfect. In clinical trials, WHO says RTS,S was found to be about 40% effective at preventing malaria.

WHO says about 360,000 children are expected to be vaccinated under the program. The organization will use data collected from the three countries in the pilot program to make future recommendations on the use of the vaccine.