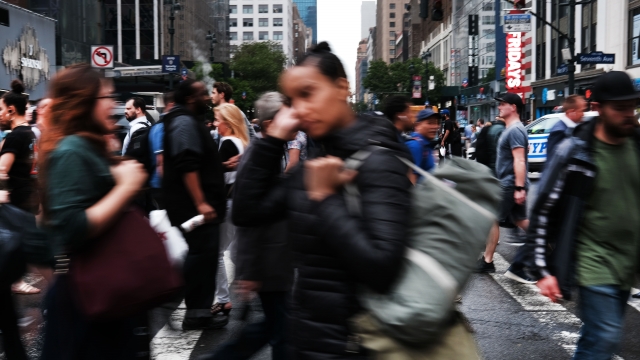 The global population is expected to increase over the next 30 years and then virtually come to a halt by the end of the century.

The report estimates Africa will account for over half of that population increase by 2050. And Pew says that by 2100, more than half of the global population growth is expected to be attributed to one Asian country, Pakistan, and five African countries: Nigeria, the Democratic Republic of Congo, Tanzania, Ethiopia and Angola.

But Pew says there will be a decline in the yearly population growth rate, dropping from around 1-2% a year to 0.1%.

That's partly because the average fertility rate is expected to drop globally. It currently stands at an average of 2.5 births per woman, and the U.N. estimates it will fall to 1.9 births per woman by 2100. The organization says an average rate below 2.1 births will lead to a population decline.

The U.N. notes that "although a continued increase of the global population is considered the most likely outcome, there is roughly a 27 percent chance that the world's population could stabilize or even begin to decrease sometime before 2100."