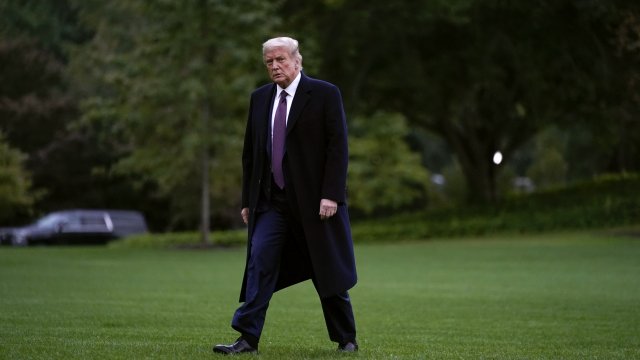 President Trump is the most recent world leader to contract COVID-19.

The first was Boris Johnson. The U.K. prime minister contracted the virus in April. He was moved to intensive care during his recovery.

Other leaders who have been infected include Brazil's president who announced he had the coronavirus in July. Brazil has the third most cases in the world.

And the president of Belarus, Alexander Lukashenko, who had dismissed concerns over COVID-19. In July he had the virus but was asymptomatic.

Johnson tweeted this morning that he was hoping for a speedy recovery for the president and the first lady.

And India's prime minister is also doing the same.

Russian President Vladimir Putin also sent support to the Trumps. The Kremlin said Putin sent a telegram saying: "I hope that your inherent vitality, good spirits and optimism will help you cope with the dangerous virus.”