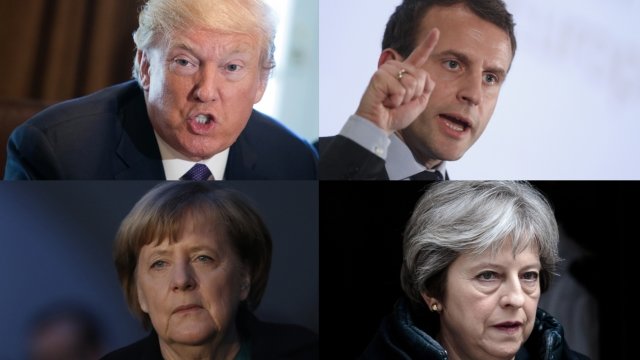 SMS
World Leaders Join Britain In Blaming Russia For Spy Attack
By Briana Koeneman
By Briana Koeneman
March 15, 2018
The U.S., France, Germany and Britain said in a joint statement they "abhor" the attack against Sergei Skripal and his daughter.
SHOW TRANSCRIPT

The U.S., France and Germany have joined the U.K. in blaming Russia for an attack on a former double agent.

The leaders of the four countries said in a joint statement they "abhor" the attack against Sergei Skripal and his daughter. And they called on Russia to address all questions related to the incident.

Officials say the two were poisoned by a nerve agent earlier this month in Salisbury, England. They are still in critical condition.

The joint accusation comes one day after Britain expelled 23 Russian diplomats in response to the attack. Russia has denied any involvement.