Leaders Around the World Congratulate President-Elect Joe Biden On Win 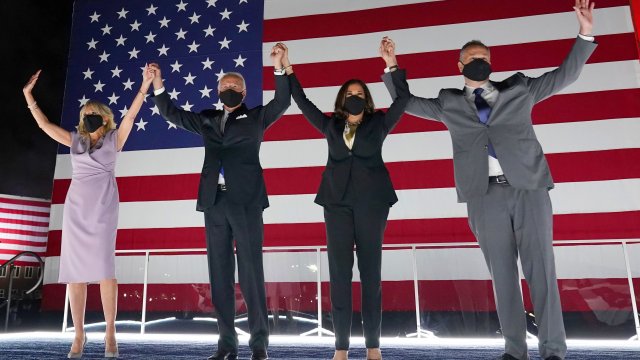 Political figures and leaders in the U.S. and around the world are reacting to the 2020 election victory of President-elect Joe Biden and Vice President-elect Kamala Harris.

Former President Barack Obama and former first lady Michelle Obama posted statements congratulating Biden and Harris. The former president said, "We are fortunate that Joe has what it takes to be president and already behaves that way."

Hillary Clinton, who faced President Donald Trump in 2016, hailed "a new page for America" and a "history-making ticket.' Former President Bill Clinton tweeted that "America has spoken and democracy has won."

The Speaker of the House of Representatives, Nancy Pelosi said, "We maintained the republic... It is a time to heal and a time to grow together."

Internationally, Canadian Prime Minister Justin Trudeau praised the alliance between his country and the U.S., saying he's looking forward to working together. Leaders of Israel, Argentina, Ireland, Italy and more have also sent congratulations to the winning ticket.

The mayor of Paris, Ann Hidalgo, tweeted, "Welcome back America," and noted the anniversary of the Paris Agreement, which the U.S. left earlier this week. UK Prime Minister Boris Johnson said he looks forward to working with the incoming administration, after enjoying a warmer relationship with President Trump than other European leaders.

Only a few Republicans, among them the party's 2012 nominee, Sen. Mitt Romney, have congratulated President-elect Biden and Vice President-elect Harris. President Trump has so far refused to concede and is promising to bring a legal challenge over the election to the Supreme Court.