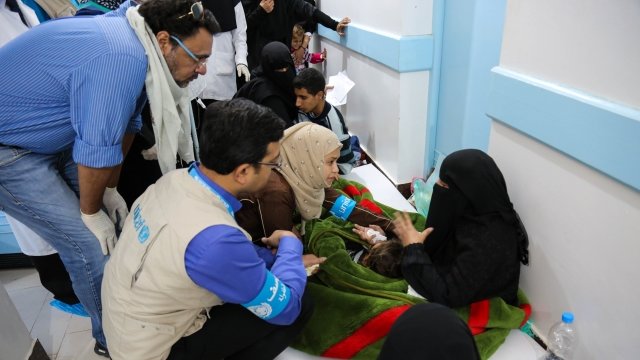 The cholera outbreak in war-torn Yemen is reaching new extremes with half a million suspected cases of the deadly disease, according to the World Health Organization. Nearly 2,000 people have died from the disease since April.

The WHO says nearly all patients "with suspected cholera who can access health services are surviving." But the outbreak has been amplified by an ongoing civil war; Houthi rebels, who are Shiite, oppose the current Sunni-backed government. Yemeni President Abed Rabbo Mansour Hadi is backed by a coalition of mainly Arab and Gulf states, which has conducted airstrikes against the rebels.

Those airstrikes damaged or destroyed several of the country's health facilities; around half of them are currently unable to operate.

Right now, 15 million Yemenis don't have access to basic health care. The cholera outbreak there has reached historic levels, based on numbers from the charity Oxfam. 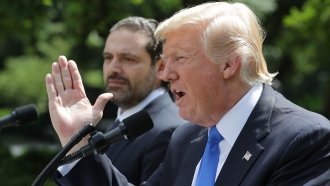 Trump: Lebanon Is Fighting A Group That Has Seats In Its Government

Making matters even worse, the country is at the brink of famine, according to a joint statement from UNICEF, the WHO and the World Food Programme, or WFP.

"The country is on the brink of famine, with over 60 per cent of the population not knowing where their next meal will come from," the statement reads. "Nearly 2 million Yemeni children are acutely malnourished. Malnutrition makes them more susceptible to cholera; diseases create more malnutrition. A vicious combination."