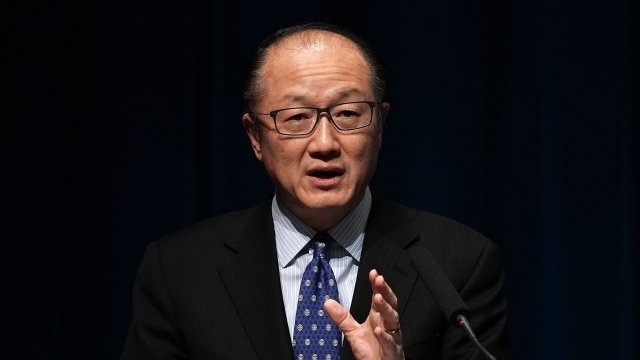 The president of the World Bank Group is stepping down with more than three years left in his term.

Jim Yong Kim made the announcement Monday, saying it was a great honor and privilege to serve as president. He wasn't expected to step down until 2022, when his second term ended.

President Barack Obama backed Kim's appointment for president back in 2012. But President Donald Trump's administration has questioned some of the World Bank's lending practices, calling them "often corrupt."

Kim will leave the position Feb. 1. The World Bank says he's set to take on a role in the private sector and also to rejoin Partners In Health, an organization he co-founded. World Bank CEO Kristalina Georgieva will step into his role.