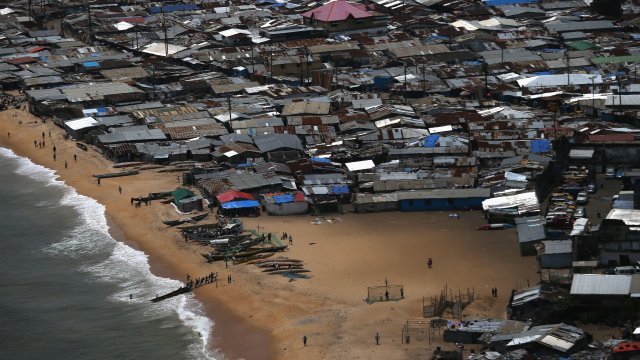 By Stephanie Liebergen
September 19, 2018
According to The World Bank's latest numbers, 10 percent of the population lives on less than $1.90 per day.
SHOW TRANSCRIPT

The number of people living in extreme poverty around the world fell to a new low.

According to The World Bank's latest numbers, 10 percent of the population lived on less than $1.90 a day in 2015.

Sub-Saharan Africa has the highest percentage of people living under that line at 41 percent.

The bank wants to see poverty around the world at 3 percent or less by 2030. World Bank Group President Jim Yong Kim said, "we need much more investment, particularly in building human capital, to help promote the inclusive growth it will take to reach the remaining poor. For their sake, we cannot fail."