Working Irregular Shifts Can Slow Down Your Brain 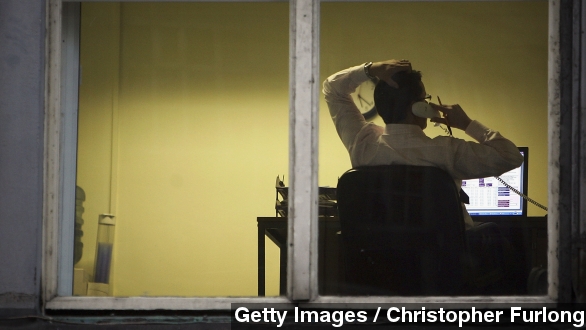 Working irregular shifts over an extended period of time could have irreversible effects on your brain — specifically memory and processing speed.

Working irregular shifts is the reality of life for some — but doing so over too long a period of time could have lasting effects on some basic brain functions.

People who do shift work over a number of years tend to have impaired cognition — or less brain power, according to a new study. (Video via WHO-TV)

The study looked at more than 3,000 people over a period of 10 years and tracked the differences between those who worked irregular shifts and those who didn't.

The longer those doing shift work continued to do shift work, the bigger the effect on their cognitive ability.

The study didn't say why shift work could have such a substantial impact on the brain, but it did cite previous research on how irregular sleep patterns can negatively affect health. (Video via CNN)

Those effects are so well-documented, they've even got their own name: shift work sleep disorder.

DR. PAUL KNOEPFLMACHER, HEALTHINATION: "This is a real condition, and the symptoms include the following: excessive sleepiness, insomnia or trouble falling or staying asleep, difficulty concentrating, headaches or lack of energy."

Still, if you're just working weird shifts for the holiday season or over the summer, you're probably not in danger of damaging your brain.

DR. ALLEN MANEVITZ VIA YOUTUBE / ROBERTGLATTER: "While we understand that shift work can have an impact on your health, we've also learned that it takes years, and even decades to impact on certain permanent changes."

The researchers said the main takeaway from the study is society as a whole should be more conscious of the effects of irregular shifts on the brain, and the dangers they pose.

This video includes an image from Getty Images and music from Wake / CC BY 3.0.