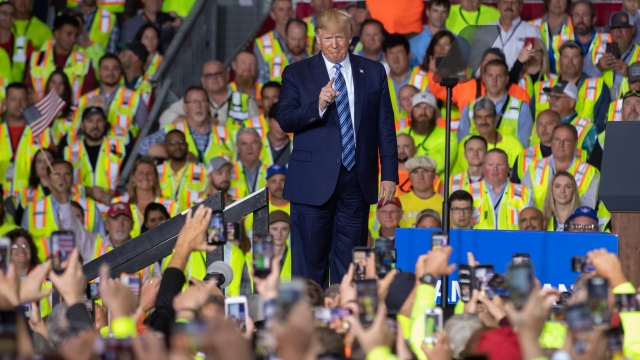 Thousands of union workers at a Pennsylvania Shell plant were forced to choose between attending President Donald Trump's speech on Tuesday, use paid time off or not get paid at all. It was first reported by The Pittsburgh Post-Gazette.

The Post-Gazette said Shell sent a memo to union leaders a day ahead of the event, which was sponsored by the White House and funded by taxpayers. Union leaders then shared that information with employees. The memo said that while the event wasn't mandatory, only workers who attended would be paid. Shell company policy stipulates that workers have to be on-site to be paid.

Those who attended were expected to stand for hours through lunch but weren't allowed to eat, and some were told not to protest at the event. Workers who chose not to attend wouldn't be eligible for overtime pay on Friday.

A Shell spokesman confirmed to CNN that workers were told they would be ineligible for overtime pay if they didn't attend, but said the company didn't write the memo.