Woody Allen's Career Stayed Afloat Amid #MeToo — But That Could Change 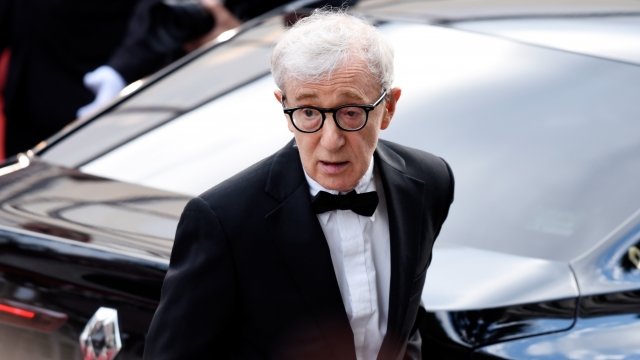 SMS
Woody Allen's Career Stayed Afloat Amid #MeToo — But That Could Change
By Casey Mendoza
By Casey Mendoza
January 12, 2018
Following an op-ed by Dylan Farrow, Allen's adopted daughter and accuser, more women in the industry voiced opposition to working with the filmmaker.
SHOW TRANSCRIPT

Sexual misconduct allegations against Woody Allen long preceded the #MeToo and Time's Up movements. But while other men in Hollywood came under fire following accusations, Allen seemed to stay afloat.

That's despite being at the periphery of #MeToo-related controversies. His reputation was considered an inspiration for Louis C.K.'s controversial film "I Love You, Daddy," which was dropped by its distributor after the comedian was accused of misconduct. And prior to his ousting over sexual harassment claims, former head of Amazon Studios Roy Price reportedly paid Allen $100 million for an original series and distribution rights.

But some, like writer and activist Dylan Farrow, wondered why the #MeToo movement "spared" the filmmaker.

Farrow is Allen's adopted daughter, and for more than 20 years she's accused the filmmaker of sexually abusing her as a child. Allen has long denied the allegations against him.

In an op-ed in The Los Angeles Times, she called out women in Hollywood like Blake Lively or Greta Gerwig for working with Allen and avoiding the tough conversation about the allegations against him, even though they themselves were vocal about the movement against Weinstein.

Mentioning her father's new film and deal with Amazon, Farrow wrote: "The system worked for Harvey Weinstein for decades. It works for Woody Allen still."

Following Farrow's op-ed, director Greta Gerwig was asked again about working with Allen. In an interview with The New York Times, she said she regretted acting in one of his films and would never work for him again.

That sentiment has been echoed by other women like Ellen Page and Mira Sorvino — one of the first actresses to come forward against Weinstein. 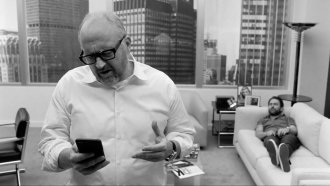 Louis C.K. May Buy Back His Controversial Film 'I Love You, Daddy'

Fast Company notes these comments may signal a looming end for the filmmaker's career. As the national conversation surrounding sexual misconduct gains more steam, many others in the entertainment industry may likely avoid him.