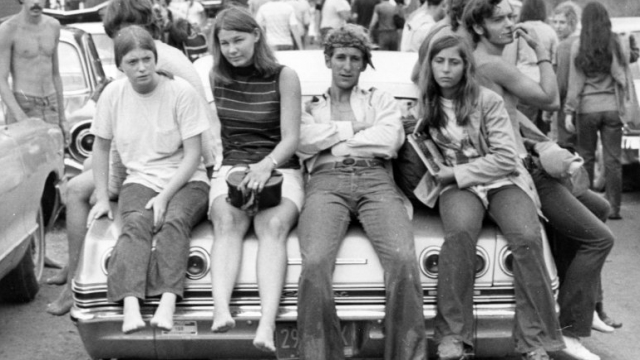 "The sponsors said it was going to be three days of peace and music. It was that, all right, and much more."

Woodstock happened 50 years ago, and today, we remember the festival for its hippie vibes, its musical legacies and its massive audience of 400,000 people.

It was, at its base, a rock festival — but at its core, it was a culmination of nearly everything that happened that decade: anti-war movements, civil rights demonstrations and even the moon landing.

Darlene Fedun is the CEO of the Bethel Woods Center for the Arts — the site of the original 1969 Woodstock festival and a major organizer of some of this year's 50th anniversary events.

"I think that's what's most important is that folks are looking at this as a yearlong celebration."

The events go beyond the 1969 music festival but directly connect to the decade's legacies of activism and human achievement.

"For me, because I'm a classical musician now, but I started as a rock and pop guy. And so to go back to being close to where Woodstock happened is already a sort of spiritual experience for me."

Eric Whitacre is a composer and self-proclaimed "space nerd." His film and composition "Deep Field," which celebrates the Hubble Space Telescope's discovery of the Deep Field image, is part of Bethel Woods' "Vibrations" series.

"Ultimately, what I ended up telling in the story is not just the expansiveness of it, but the human story, the human drama of dreaming of something, struggling, failing and then overcoming that failure to finally make something.

"I felt like, in terms of science and music, they're almost the same discipline. ... They speak to the best of who we are. I believe that when people come together, and are part of something larger than themselves, they can make extraordinary things happen."