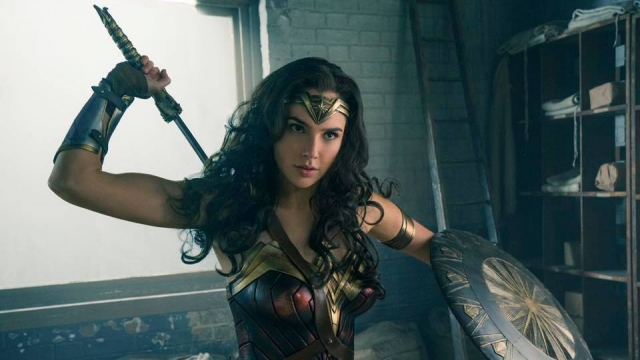 It's taken 75 years for Wonder Woman to make the jump from comic books to her very own big-screen movie. And if reviews are anything to go on, it was worth the wait.

As of Wednesday morning, the Gal Gadot-led superhero film has an impressive 97 percent rating on Rotten Tomatoes.

The site aggregates dozens of reviews to determine a movie's score. As more reviews are released, "Wonder Woman's" score is sure to fluctuate, but essentially, everyone thinks it's a hit.

It's the highest Rotten Tomatoes score a DC film has ever received — and yes, that calculation even includes that super-campy Batman movie from 1966.

Prior to "Wonder Woman," "The Dark Knight" held the DC title for highest score with 94 percent.

The 97 percent also puts "Wonder Woman" ahead of any movie from Marvel, DC's main competitor.

The highest-rated Marvel film is 2008's "Iron Man," which also received a 94 percent. Marvel's most recent film — "Guardians of the Galaxy Vol. 2" — received an 81 percent.

"Wonder Woman" debuts in theaters June 2, and experts predict it will gross more than $175 million in its worldwide opening.

That will put it way ahead of Hollywood's last female-fronted superhero movie. "Elektra," starring Jennifer Garner, only grossed $57 million globally back in 2005.