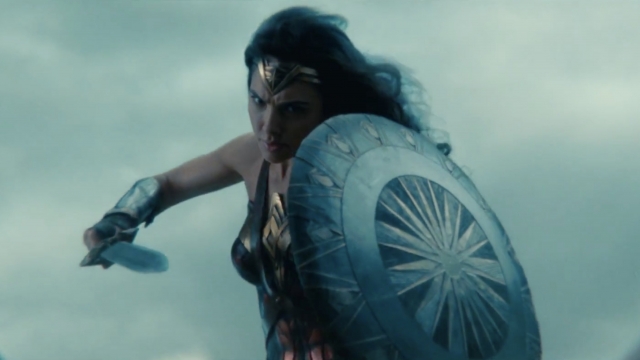 SMS
'Wonder Woman' Takes Heroic Lead In This Weekend's Box Office
By Ryan Biek
By Ryan Biek
June 4, 2017
"Wonder Woman" took an estimated $100.5 this weekend at the domestic box office. The second- and third-place films? Not even close.
SHOW TRANSCRIPT

"Wonder Woman" was always Princess of the Amazons, but now she's queen of the box office.

The Gal Gadot superhero film took an estimated $100.5 million in its opening weekend at the domestic box office. But there's another woman who's also making headlines.

Director Patty Jenkins now holds the record among female filmmakers for the most lucrative opening weekend ever.

"Wonder Woman" also badly beat every other movie in theaters this weekend.

Coming in at No. 2 is "Captain Underpants: The First Epic Movie." The book series-turned-film took an estimated $23.5 million in its first weekend at the box office.

And taking the No. 3 spot is the latest "Pirates of the Caribbean" film, which saw its domestic revenue plummet 65 percent from its opening weekend. Despite leading the domestic box office last weekend, "Dead Men Tell No Tales" was only able to grab about $22 million this time around.

Next weekend, "Wonder Woman" will have to battle "The Mummy." Oh, and Tom Cruise, who we all know does his own stunts.