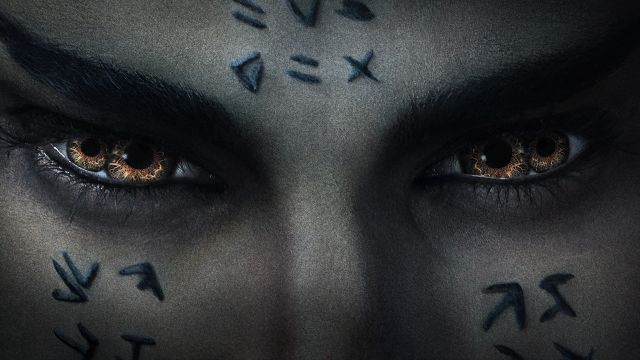 SMS
'The Mummy' Shows No Signs Of Life At The Domestic Box Office
By Jamal Andress
By Jamal Andress
June 11, 2017
The reboot was supposed to help launch a "Dark Universe" — à la Marvel's gold mine of movies — but it was dead on arrival here in North America.
SHOW TRANSCRIPT

It's been a long time since Brendan Fraser was delivering one-liners in the desert. But unfortunately, after 18 years, things have gotten worse instead of better.

But before we get to the undead, "Wonder Woman" easily dominated the domestic box office yet again this week, bringing in an estimated $57 million in its second weekend out. Why is that impressive?

Well it's a better sophomore weekend than "Suicide Squad," "Man of Steel" and "Batman v Superman," all of which made significantly more money on their opening weekends than the Amazon princess.

Which means, to put it simply: People actually like "Wonder Woman."

When a film has a huge debut but ticket sales drop like a bag of bricks the next weekend, that usually means word has gotten out that the film is certified rotten.

With word of mouth and critical praise still pouring in, "Wonder Woman" could enjoy a few more weeks at the top. Plus, "Spider Man" doesn't hit theaters until July.

Taking the No. 2 spot this weekend is a monster film that, frankly, was supposed to do a lot better. Bringing in an estimated $32 million in its domestic debut is "The Mummy."

This reboot starring Tom Cruise was supposed to help launch a "Dark Universe" —  à la Marvel's gold mine of movies — but it was dead on arrival here in North America.

It even managed to do worse than all the previous Mummy films. That includes the "Scorpion King," which starred a fresh off-the-WWE-mat Dwayne "The Rock" Johnson.

Fortunately, though, Cruise is about as big of an international movie star as you're going to find, which helped the 2017 "Mummy" bring in more than $140 million overseas.

Now, that doesn't change the Rotten Tomatoes score, but at least we know "The Mummy" is going to break even.

And at No. 3 is "Captain Underpants: The First Epic Movie," bringing in an estimated $12 million in its second week out.

As for next week, Tupac returns, and not as a hologram this time.