Women Will Direct Every Episode Of 'Jessica Jones' Season 2 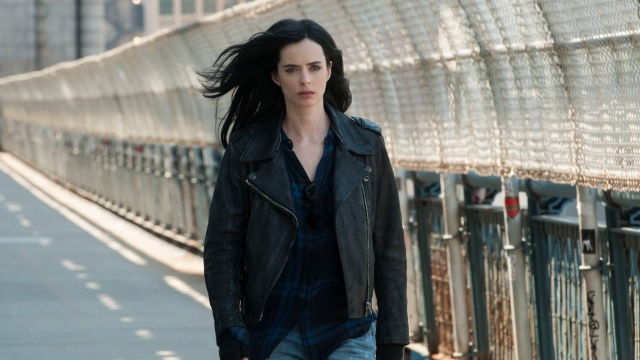 SMS
Women Will Direct Every Episode Of 'Jessica Jones' Season 2
By Katherine Biek
By Katherine Biek
October 24, 2016
This is quite the shift from season one, when only a third of the show's directors were women.
SHOW TRANSCRIPT

As Jessica Jones kicks butt on screen, women directors will be kicking butt behind the scenes of the Netflix show.

That's because women will be directing all 13 episodes of the show's upcoming second season.

Melissa Rosenberg, the show's executive producer, announced the news during a conference called Transforming Hollywood 7: Diversifying Entertainment. According to Variety, Marvel was on board with Rosenberg's decision to hire more women directors.

This is quite the shift from season one, where only three of the show's nine directors were women.

It's a needed change. The Directors Guild of America found women directed only 17 percent of all network and cable TV episodes last season.

"Marvel's Jessica Jones" is actually the second TV show to recently announce it's hiring all women. The first was "Queen Sugar" on OWN.

It's created by "Selma" director Ava DuVernay, a woman who's been breaking down gender barriers right and left for filmmakers.

Her newest project, a film adaptation of the novel "A Wrinkle in Time," will make DuVernay the first African-American woman to direct a film with a budget of more than $100 million.

Patty Jenkins is the first woman to direct a live-action movie with a $100 million budget. It's for the upcoming "Wonder Woman" film.

With no premiere date in sight, Netflix has yet to release the names of any of its directors for the upcoming season of "Marvel's Jessica Jones." Though it's rumored season two won't air until 2018.