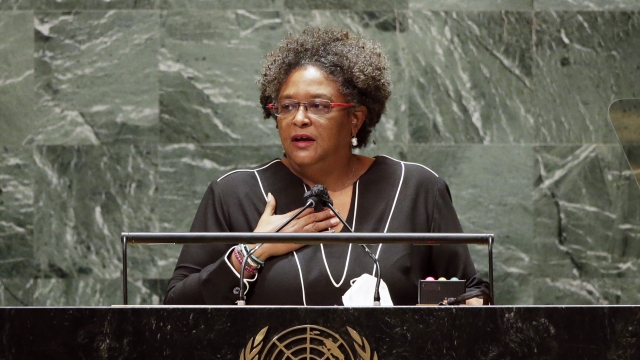 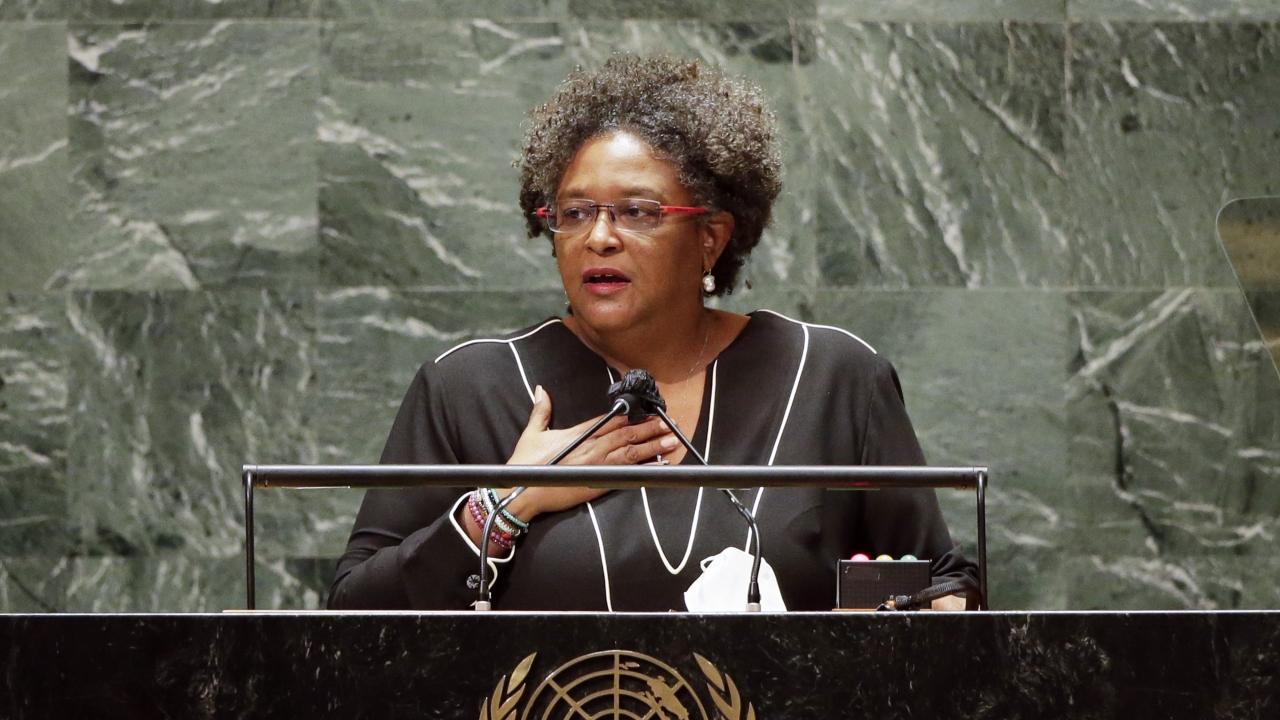 With cascading crises casting a pall over the proceedings at this year's United Nations General Assembly, Slovakian President Zuzana Čaputová had this reminder on the first day of debate: "We cannot save our planet if we leave out the vulnerable — the women, the girls, the minorities."

But gender parity at the world's preeminent forum of leaders still seems far out of sight. Eight women were speaking at the U.N. General Assembly on Friday. Just five women spoke across the first three days of the summit.

On Friday, three vice presidents and five prime ministers — including Bangladesh's Sheikh Hasina and New Zealand's Jacinda Arden — were taking the rostrum or giving their address in a prerecorded video.

"As the first female president in the history of my country, the burden of expectation to deliver gender equality is heavier on my shoulder," said Samia Suluhu Hassan, the president of Tanzania. When it comes to such equality, she said, ""COVID-19 is threatening to roll back the gains that we have made,"

Hassan was the lone woman to address the General Assembly on Thursday.

Despite those 13 women making up less than 10% of speakers over the first four days, the 13 represent an increase from last year, when just nine women spoke over the course of the session. There are also three more female heads of state or heads of government — 24 — than there were at this point in 2020.

"There can be no democracy, no security and no development without one-half of the humankind," Estonia President Kersti Kaljulaid said Wednesday, also underscoring women's vulnerability in society.

The theme of vulnerability has been at the forefront during a week haunted by the ever-looming specters of climate change, coronavirus and conflict. Most of the speeches have taken on the tenor of pleas issued at the precipice, batting away the summit's theme of "building resiliency through hope."

Dire predictions were not limited to the General Assembly. At a U.N. Security Council meeting Thursday, the high-level officials urged stepped-up action to address the security implications of climate change and make global warming a key part of all U.N. peacekeeping operations. They said warming is making the world less safe, pointing to Africa's conflict-plagued Sahel region and Syria and Iraq.

Vice President Isatou Touray of Gambia, located in the Sahel, highlighted what many African nations have long called another deficit in inclusion: the powerful Security Council itself, which she called "one of the last holdouts of reform."

"Africa's quest for greater representation on the Security Council is legitimate, just and overdue," she told delegates Friday. Africa has no permanent representative on the council.

Scores of leaders have already spoken, and many have left New York altogether. But some of the most anticipated countries have yet to deliver their addresses to fellow leaders.

North Korea, Myanmar and Afghanistan — all perennially but also lately much in the news — are expected to close out the final debate session Monday afternoon. It remains unclear who will represent Afghanistan, where the U.S.-backed government fell last month after American forces withdrew and a resurgent Taliban reclaimed power.

Friday alone promised fireworks, with a slate of speakers from countries roiled by internal and external conflict.

The president of ethnically divided Cyprus opened the proceedings Friday, followed by Lebanon, which is also riven by internal strife.

"Taking stock of our declarations and decisions over time, I must confess that I feel — like many of you — a deep sense of disappointment," said Nicos Anastasiades, Cyprus' president. "A sense of disappointment because I witness a widening gap between words and deeds, between the auspicious declarations and commitments which are made and the results of the measures that we promise to deliver."

The morning plenary saw addresses from Palestinian President Mahmoud Abbas and the prime minister of Armenia, lambasted Thursday in Azerbaijan's speech in the aftermath of the Nagorno-Karabakh war and responding in kind. The afternoon was to see both Albania and Serbia, perpetually at odds over Kosovo, as well as a Pakistan that is feeling pressure on its eastern border with India and its western border with Afghanistan.

Pakistan and India, which speaks Saturday, are historically eager users of the "right of reply" function, which allows diplomats to lob polemics defending their countries in response to speeches from unfriendly nations. That window of opportunity opens Friday night, after the leaders' speeches conclude.

While leaders have avoided entirely succumbing to hopelessness, a sense of near-futility pervades.

As Barbados Prime Minister Mia Amor Mottley put it in an engaging, at times off-the-cuff speech read off her phone: "How many times must leaders come to talk and not be heard before they stop coming?"