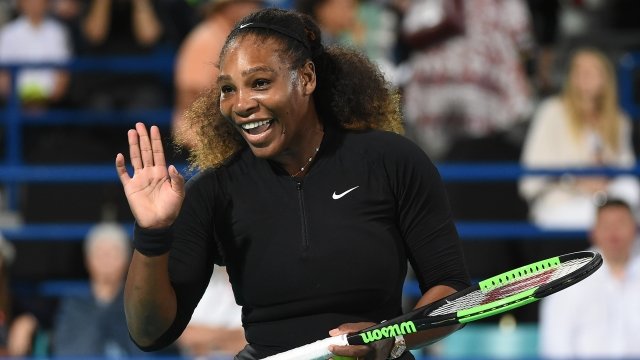 By Briana Koeneman
December 18, 2018
The WTA will introduce a new special ranking rule for the 2019 season.
SHOW TRANSCRIPT

The Women's Tennis Association has served up new guidelines to help mothers returning to the sport after having a baby.

The WTA said Monday it will introduce a new special ranking rule for the 2019 season. Under that rule, a player will have up to three years after the birth of her child to use a special ranking to enter tournaments.

This makes it easier for new mothers who were playing at an elite level before pregnancy to pick up where they left off. The amended guidelines also apply to players who are out of competition because of an injury or illness.

The WTA didn't specifically mention Serena Williams in its announcement about the amended rule. But she more than likely helped prompt the changes.

When Williams returned to tennis after giving birth to her daughter in 2017, she was unseeded at the first several tournaments she played in, including the French Open.

But she was seeded at Wimbledon and the U.S. Open. She made the finals during both of those tournaments.

As of Tuesday morning, Williams had yet to comment on the new rule.