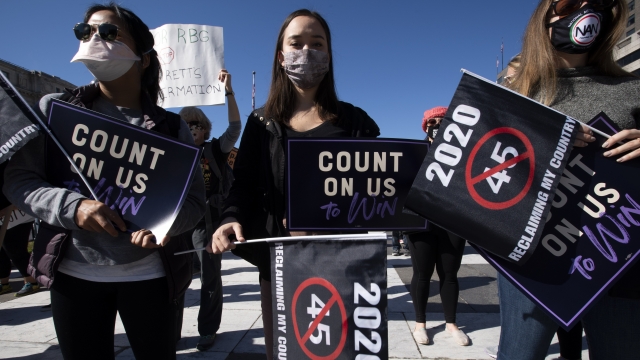 Across the U.S.. demonstrators took to the streets Saturday as part of The Women's March — protesting President Trump and empowering women to change the course of the election.

One of the largest marches took place in Washington, D.C — with thousands marching through downtown to the Supreme Court.

Critics have accused Barrett of being a danger to abortion rights. Senate Republicans have vowed to vote on her nomination prior to the 2020 election.

Outside the Capitol, several women's rallies were held across the U.S.

One such protest in Denver saw hundreds of women attend — with demonstrators wearing shirts bearing Ginsburg's likeness and carrying signs reading "fight like a girl." Meanwhile, in St. Paul, Minnesota, counter-demonstrators called on the state's two Democratic senators to, quote, "do their job" and confirm Barrett.