Chicago Women-Owned Restaurants Team Up To Get Through The Pandemic 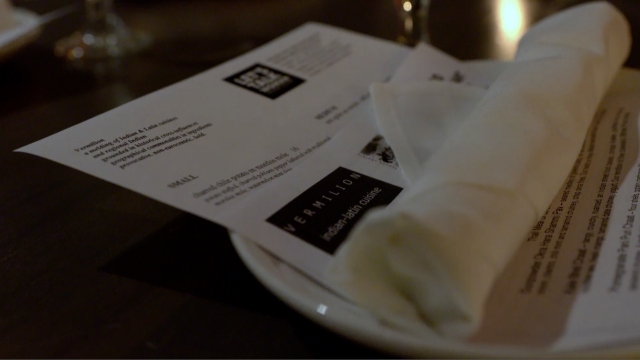 SMS
Chicago Women-Owned Restaurants Team Up To Get Through The Pandemic
By Cat Sandoval
By Cat Sandoval
March 30, 2022
Rohini Dey is a Chicago restaurant owner who created Let's Talk — an organization where women in the industry can help each other succeed.

In normal times, 61% of restaurants fail within three years of opening, and the pandemic added even more pressure.

Rohini Dey is the owner of Vermillion, an Indian and Latin fusion restaurant in Chicago that's been serving customers for nearly 20 years.

About 90,000 restaurants nationwide closed their doors during the pandemic, and Dey felt the impact right on her street.

So instead of giving up, she teamed up with other female restaurant owners to create Let's Talk — a group that's grown to over 600 female entrepreneurs in the food and beverage industry across Chicago and 12 other cities.

"This is what we do for each other," Dey said. "We cross the moat and boost each and every one of us, and I think that's been incredibly helpful." 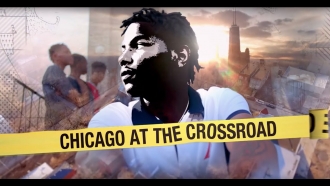 Chicago At The Crossroad

For Dey, quality is key. She puts the same attention to detail in the organization she's founded as she does the food her restaurant serves.

"To be able to reach out for help and moral support has been very, very helpful in problem solving," she said. "A second layer that really helped our businesses, including mine, is economic collaboration."

There are no membership fees for Let's Talk. Instead, it's a collaborative group of female entrepreneurs who are united. Rather than competing against one another, they elevate each other by building visibility and partnership through events.

In Milwaukee, the group's chapter hosted a food celebration with 20 female-owned restaurants. In Philadelphia, they curated picnic baskets for sale.

"This is the model that should be applied across any sector," Dey said. "So we've spoken for women in finance. We've spoken across countries, for women's world banking, because this is something that can be applied in any country as well."

But despite their efforts, downtown Chicago still isn't the same.

The River North neighborhood is quieter now, because more people are working from home. Dey said she's not getting the foot traffic her business had been used to for years.

"We just came out of a third wave of Omicron that, you know, just subsided about a month ago," she continued. "Are we back to where we started? Fundamentally, we're worse off."

Still, Dey is remaining hopeful and diligent through a sisterhood of entrepreneurs — not just for her support, but for others like her.