Women Near The Zika Outbreak Shouldn't Get Pregnant, Says WHO 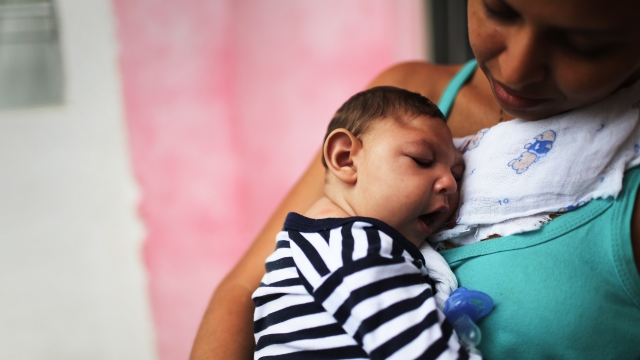 SMS
Women Near The Zika Outbreak Shouldn't Get Pregnant, Says WHO
By Ben Lawson
By Ben Lawson
June 10, 2016
The World Health Organization's advice goes further than guidance issued from the Centers for Disease Control and Prevention.
SHOW TRANSCRIPT

The World Health Organization says women living in areas affected by the Zika outbreak should consider waiting to get pregnant.

This is a step beyond the Centers for Disease Control and Prevention's recommendation that women talk about it with their partners and doctors.

And Pope Francis has even weighed in on the issue. He said using contraception to avoid spreading the virus could be considered morally acceptable.

The WHO's guidelines don't have a specific timeline for how long to wait before getting pregnant.

But the organization is expected to give an update Tuesday on the overall state of epidemic, along with an evaluation of its risks tied to the Olympic Games in Rio de Janeiro in August.

This video includes clips from the World Health Organization and The Vatican and images from Getty Images.