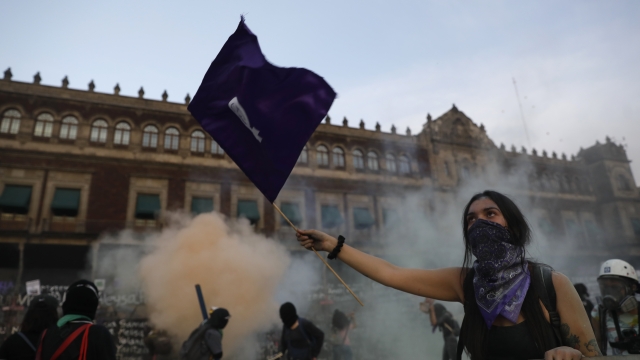 In Venezuela, demonstrators took to the streets calling for human rights after women were detained in the country for political reasons. They also spoke out about gender violence in the country.

Thousands of women in Mexico demonstrated for the same causes. Mexico suffers some of the worst gender violence in the world.

Demonstrators in Argentina also marked the holiday with a protest outside the country's Congress. Argentina has seen a massive rise in violence against women since pandemic lockdowns began.