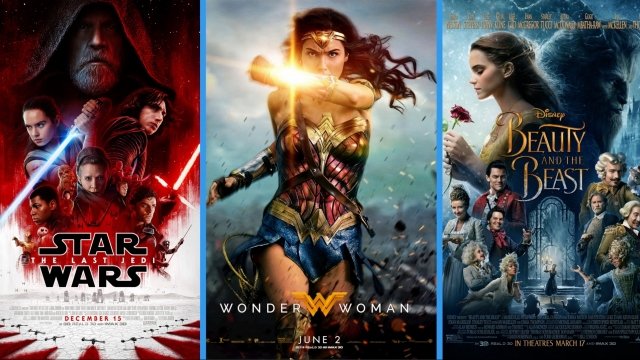 SMS
Women-Led Films Dominated 2017's Box Office
By Casey Mendoza
By Casey Mendoza
January 3, 2018
2017 was a good year for leading ladies on screen, and it looks like that success will continue into 2018.
SHOW TRANSCRIPT

The three highest-grossing domestic releases of 2017 were "Star Wars: The Last Jedi," "Beauty and the Beast" and "Wonder Woman." Actresses led each of those films, which hasn't happened since 1958, according to records from Box Office Madness.

That year, the highest-grossing domestic releases were "South Pacific," "Auntie Mame" and "Cat on a Hot Tin Roof."

Going forward, The Wrap notes the rise of women-led blockbusters is continuing into 2018 with films like "Proud Mary," "Tomb Raider" and "A Wrinkle in Time." 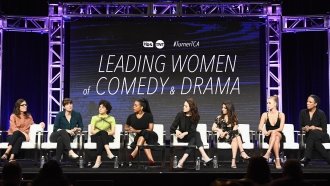 That signals a strong push forward for women-led films, and that success seems to extend to some other women off screen.

For the upcoming Golden Globes, three women — Vanessa Taylor, Greta Gerwig and Liz Hannah — received nominations for best screenplay. Taylor and Hannah were both co-nominated respectively with Guillermo del Toro and Josh Singer, but the nominations in past years have still been largely dominated by men.

Still, some outlets criticize the Golden Globes' lack of women nominated for best director — despite the critical success of directors like Patty Jenkins, Dee Rees, Kathryn Bigelow and the aforementioned Greta Gerwig.

The last woman to receive a Golden Globes nomination for directing was Ava DuVernay in 2015. She's one of just five women to ever be nominated in that category.