Women Are Joining Together To Defeat Workplace Harassment 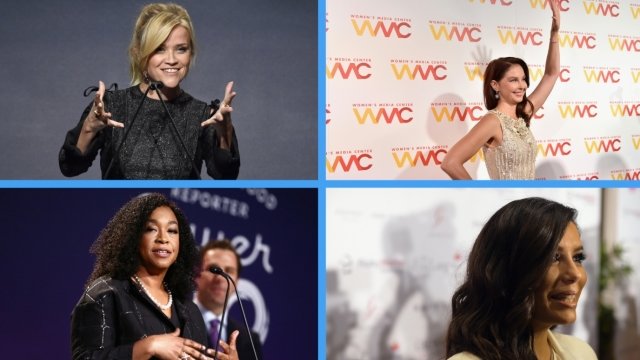 SMS
Women Are Joining Together To Defeat Workplace Harassment
By Melissa Prax
By Melissa Prax
January 2, 2018
Time's Up is aiming to make women's experiences at work safer and give them tools to respond.
SHOW TRANSCRIPT

These women are taking on sexual harassment in workplaces.

They launched "Time's Up," a campaign to eliminate harassment culture. The launch came with an open letter in The New York Times "on behalf of over 1,000 women" in entertainment industries.

But Time's Up isn't just for women in Hollywood. It's for women everywhere — especially in industries where workers aren't able to speak out on a national platform. Women in blue-collar industries who've been exploited can access a $13 million legal defense fund.

As the #MeToo movement has unfolded, some women — especially minorities and working-class women — have said they didn't feel included. Time's Up aims to be more inclusive and also support men who've experienced harassment.

Plus, some have asked what's next after #MeToo. Time's Up could offer a more tangible solution.

While there are certainly familiar faces promoting Time's Up, it doesn't have one specific leader.

One of the familiar faces, Reese Witherspoon, said, "We're finally hearing each other ... in solidarity for every woman who doesn't feel seen, to be finally heard."