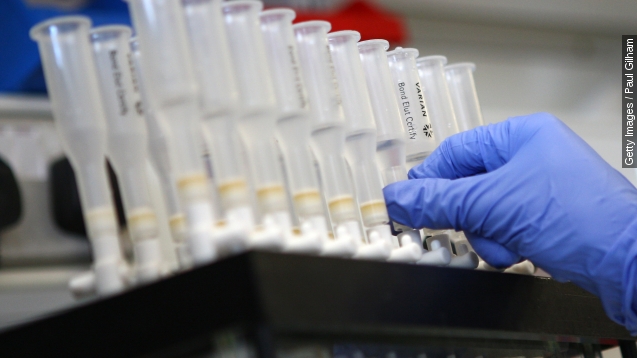 A woman in Perth, Scotland, says she can smell Parkinson's disease.

Meet Joy Milne. Her husband died of Parkinson's in June. He lived with the disease for 20 years, and in that time span, she noticed something.

"I recognized a change in his smell. It was quite a musky smell." Milne told the BBC.

Of course, scientists were intrigued, so they conducted a study to see just how legitimate Milne's theory of smelling Parkinson's was. (Video via Sky News)

Turns out, it was pretty legitimate. Researchers recruited six people with the disease and six without. They had the participants wear t-shirts for a day, then bagged them. Milne smelled each bag and identified 11 out of 12 correctly as either a person with Parkinson's or one without. (Video via Parkinson's UK)

And the one person researchers thought Milne misidentified as having the disease actually ended up being diagnosed with Parkinson's months later.

So, how is this possible? Doctors believe changes in the skin of people with Parkinson's might produce a particular odor. Researchers are trying to develop a new way to test for the disease as a result.

The Scotland director of Parkinson's U.K. told the BBC that currently the disease is very hard to diagnose because doctors simply observe people and their symptoms. But "a diagnostic test like this ... could enable people to go in and see a consultant, have a simple swab test and come out with a clear diagnosis."