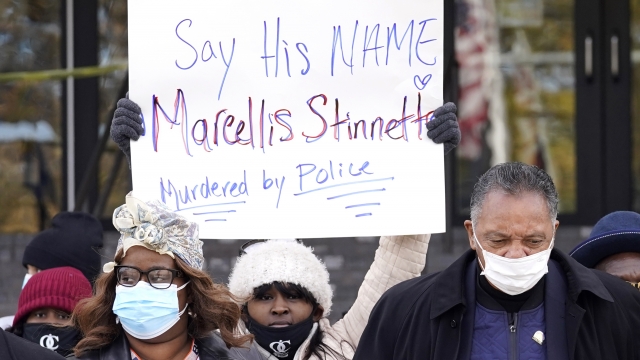 An Illinois Woman shot by police last week says police did not render aid to her boyfriend after shooting him, allowing him to bleed to death.

Williams says she was smoking a cigarette in her car outside her house with her boyfriend last week, when police pulled up with no lights or sirens. An officer briefly spoke with them and Williams drove off after showing officers they had no weapons and weren't doing anything illegal.

She says she turned onto another street, where it appeared another officer was waiting for them. Here's what she said happened next.

"There was a crash and I lost control. The officer was shooting at us. The car ended up slamming into a building. I kept screaming. I don't have a gun. But he kept shooting. He told me to get out of the car. I had my hands up and I couldn't move because I had been shot. Marcellis has had his hands up."

But police have painted a different picture, saying the couple fled a traffic stop and an officer opened fire out of fear for his life. Now that officer has since been fired. Officials say they will release body cam and dash cam footage of the encounter.