An Amazon Echo Recorded A Conversation, Then Sent It As A Message 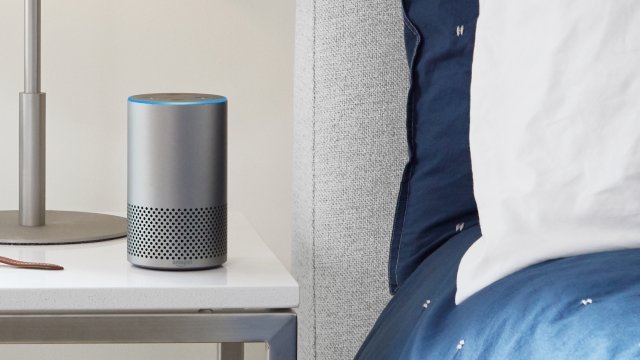 A woman in Oregon broke up with her Amazon Echo devices after they recorded a private conversation and then sent it to someone on the family's contact list.

The woman's story was first reported by KIRO in Seattle. The conversation between her and her husband was sent to one of her husband's employees, and when that employee received the recording, he called to let them know.

The woman called Amazon to complain, and the company apologized for the mistake, saying it takes privacy concerns very seriously.

So how could something like that even happen? Ars Technica got a statement from Amazon that broke down what the device recorded.

Essentially, the Echo heard something that sounded like "Alexa," the name that wakes up Echo devices. It then interpreted the conversation between the woman and her husband as a command to send a message. Amazon says the Echo asked for confirmation of who to send the message to, and it thought it got the OK.

According to Amazon's device log, the Echo asked the owners two questions before sending the recorded conversation. But from what the woman told KIRO, it seems she and her husband didn't hear those questions.