Woman Rescued After Sending Note For Help In Rent Payment 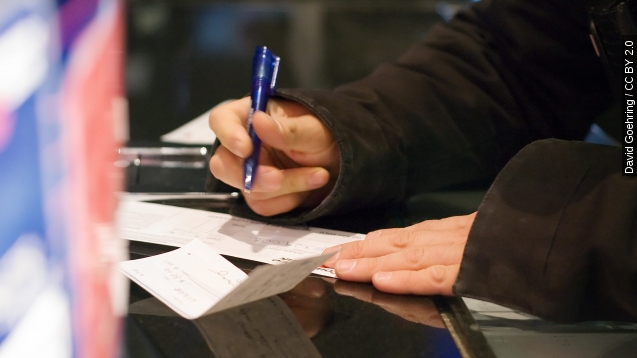 SMS
Woman Rescued After Sending Note For Help In Rent Payment
By Katie Link
By Katie Link
August 5, 2015
After allegedly being held captive for four months by her boyfriend, a woman is set free after she sends a note for help along with her rent payment.
SHOW TRANSCRIPT

A Kansas woman might have been the happiest person in the country to pay her rent this month. In fact, it may have saved her life.

The woman's boyfriend had allegedly held her captive for months in the apartment. She secretly wrote a note asking for help and put it in the envelope along with the rent check. The apartment manager found the check in the rent box, called police and enlisted the help of a maintenance worker to rescue the woman.

"She was like, 'I hope this is what I think it is,' you know what I mean? When I said 'Go downstairs' and she just went, like that. She was quick, she didn't even hesitate. We got downstairs and that's when she finally, like, looked so relieved, but at the same time, was shaking really bad and like, started crying," maintenance worker Mychael Reyes told our partners KSHB.

The woman says she was held against her will for four months and repeatedly raped.

After a standoff with police, the suspect, Anthony Allen, was jailed. He faces charges of rape and kidnapping.

This video includes an image from David Goehring / CC BY 2.0.