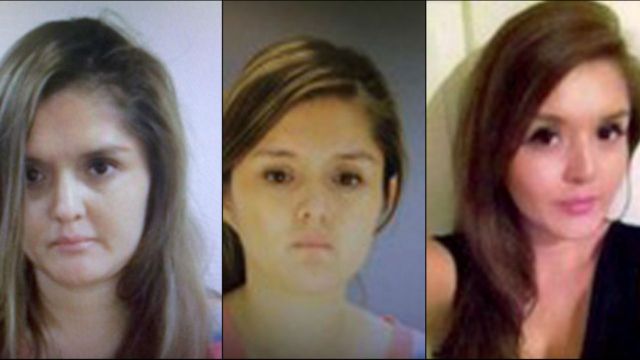 After more than six months on the run, the alleged orchestrator of the Kendra Hatcher murder was arrested in Mexico.

Brenda Delgado was found in the city of Torreón, according to the Mexican attorney general's office. She's being held in a prison in Mexico City while the extradition process takes place.

Just two days before her arrest, the Federal Bureau of Investigation added Delgado to its Ten Most Wanted Fugitives list, offering a $100,000 reward for information leading to her arrest.

Delgado is accused of hiring two people to kill Hatcher, who was dating Delgado's ex-boyfriend. Hatcher was shot and killed in her apartment's parking garage in September 2015.

Thomas Class Sr., special agent in charge of the FBI's Dallas Division said, "Brenda Delgado was able to effectively manipulate everyone she involved in her calculated scheme. Although she didn't pull the trigger herself, she is still responsible for the murder."

Delgado was the ninth woman to be on the FBI's most wanted list since its inception in 1950.

This video includes images and clips from the Federal Bureau of Investigation.