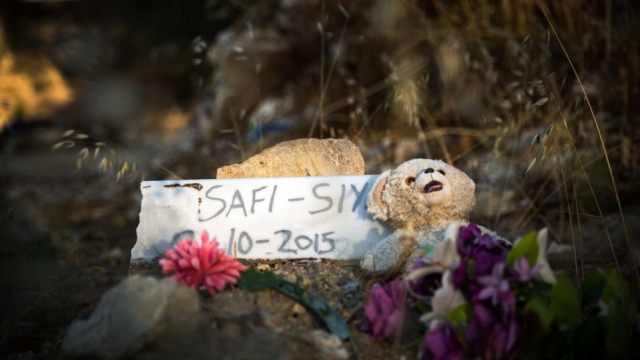 SMS
This Woman Gives Drowned Refugees Proper Burials
By Melissa Prax
By Melissa Prax
September 30, 2016
About 3,500 people have died trying to cross the Mediterranean Sea since January, but there's often no one to bury or commemorate them.
SHOW TRANSCRIPT

If refugees drown after trying to cross the sea in hopes of a better life, there's often no one to bury or commemorate them.

This woman is trying to change that.

SEE MORE: Obama: 'We Have To Open Our Hearts' And Help Refugees

"It's like, you know, canceling the whole life, when he dies alone in a foreign place and nobody respects his death," activist Efi Latsoudi said.

In Islam — like many religions — proper burials are an important part of death and remembrance. So Efi Latsoudi helped create a Muslim cemetery in Lesbos, Greece.

And she's getting recognized as a joint recipient of the 2016 Nansen Award, which honors those who make an impact in refugee humanitarian work.

"I remember for June, July, August, we had funerals every day," Latsoudi said.

From January to September, the International Organization for Migration reports that about 3,500 people have died trying to cross the Mediterranean Sea — that's out of more than 302,000 arrivals.