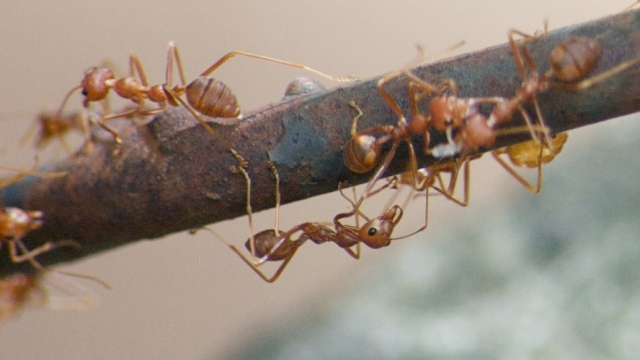 Kalyn Rolan was in a small town north of Selma making funeral arrangements for her mother, who had died the day before. Rolan was talking on the phone when the fire ants started attacking her from the hay bale she was standing on.

"There's nothing really that you can do, nothing you can say because there's nothing that is going to bring her back," one of Rolan's best friends told WSFA.

The Dallas County coroner said Rolan was bitten multiple times on her ankles and feet.

The coroner said, "One of the first things to happen in a situation like this is the airway passage closes up."

Because of the two burials, Rolan's family has set up a GoFundMe page in addition to a local fundraiser on Saturday. The page says 29-year-old Rolan leaves behind her two children and husband.

Family members told the Montgomery Advertiser that Rolan was allergic to several things — including other insects.

Local media reports say there haven't been any other deaths from fire ants in the past three years in Alabama.

Fire ants aren't native to the U.S. The insects came over in cargo from Brazil around 80 years ago.

This video includes clips from WSFA and images from Shrikant rao / CC BY 2.0 and Dean Croshere / CC BY 2.0.