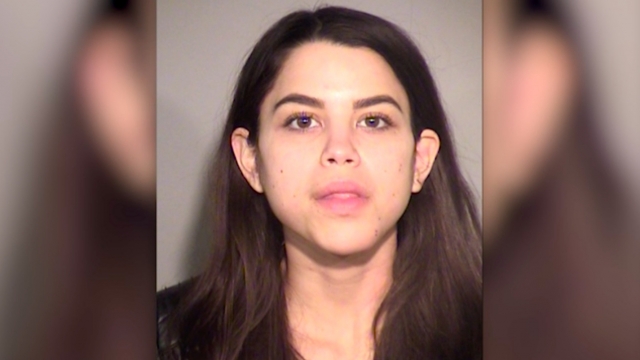 A woman seen in a viral video accusing a Black teenager of stealing her cell phone in a New York CIty hotel has now been charged.

Weeks ago, video surfaced of 22-year-old Miya Ponsetto attacking a 14-year-old Black teenager and his father when she accused the teen of stealing her phone. Ponsetto frantically tried to stop the teenager from leaving the hotel and even tackled him in her attempt.

Her phone was later returned to the hotel after being found in an Uber.

In a recent CBS "This Morning" interview, Ponsetto attempted to plead her case by saying, "I don’t feel that that is who I am as a person. I don’t feel like this one mistake does define me." The teen's father, Keyon Harrold Sr., claims Ponsetto racially profiled his son and stripped them of their "civil respect."

Ponsetto was arrested in California last week and is now in New York City where she has been charged with attempted robbery, grand larceny, acting in a manner injurious to a child and two counts of attempted assault.