Woman Becomes First To Give Birth Through Womb Transplant 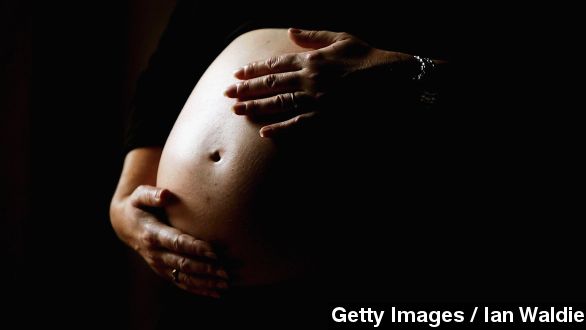 SMS
Woman Becomes First To Give Birth Through Womb Transplant
By Jake Godin
By Jake Godin
October 4, 2014
A Swedish woman became the first to give birth to a baby through a transplanted donor uterus. Previous attempts in Turkey and Saudi Arabia failed.
SHOW TRANSCRIPT

In what's a first in the medical world — a woman given a womb transplant successfully gave birth to a baby boy.

LIZA JOHANNESSON VIA BBC: "It actually gives hope, and it gives hope to those women and men also of course that thought they'd never have a child."

According to the report, which appeared in the medical journal The Lancet, the 36-year-old Swedish mother had received a donated uterus from a 61-year-old family friend who had undergone menopause seven years earlier.

The uterus transplant was performed at the University of Gothenburg in Sweden. A year later, doctors implanted a frozen embryo that was fertilized in-vitro with one of the mother's eggs and the father's sperm.

The Local reports last month the baby was successfully delivered by caesarian section 31 weeks into the mother's pregnancy.

MATTS BRANNSTROM VIA SKY NEWS: "It screamed almost immediately and that is a good sign that the baby is doing fine and of course that was fantastic happiness among me and the whole team."

According to Bloomberg, the woman was born with Rokitansky syndrome, a rare condition which affects 1 out of about 4,500 women and results in a missing uterus.

The Telegraph quotes the baby's father as saying "He's no different from any other child, but he will have a good story to tell."

Speaking to the BBC, the chairman of the British Fertility Society said "The scale of it feels a bit like [in-vitro fertilization]. It feels like a step change. The question is can it be done repeatedly, reliably and safely."

Transplanting a uterus is still a very rare procedure, with only a few attempts being taken in the past. None of them resulted in a live birth either.

The first was in Saudi Arabia in 2000. According to New Scientist, it was considered a "partial success" because the womb had to be removed after 99 days due to blood clotting.

Another, done in Turkey in 2011 was more successful with the uterus eventually becoming fully functional. The Daily Mail said the woman attempted to give birth using in-vitro fertilization but ultimately experienced a miscarriage.

The Swedish parents will reportedly soon be able to decide whether or not they want to try for a second child or have the womb removed due to the negative long-term effects of the drugs being used to keep it in place.

This video contains an image from Eva the Weaver / CC BY NC SA 2.0.