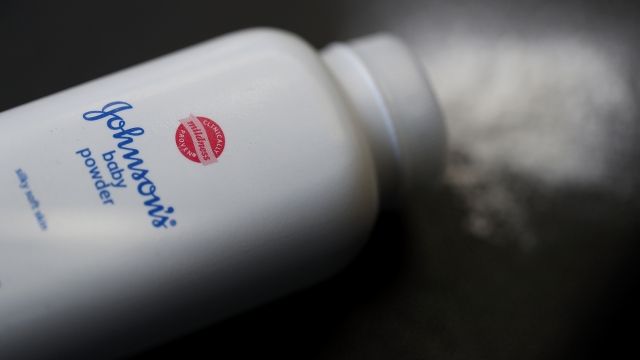 On Wednesday, a California jury awarded a woman $29 million after she said Johnson & Johnson baby powder caused her cancer.

Johnson & Johnson has faced a slew of lawsuits over its baby powder and other talc-based products. The plaintiffs say those products were tainted with asbestos and caused their cancers. And late last year, a Reuters report claimed the company hid tests of its talc-based formula that revealed trace amounts of asbestos.

The largest award in one of these trials was almost $4.7 billion, awarded in 2017 to women who claimed the talcum powder caused their ovarian cancer.

Johnson & Johnson said in a filing last month it received subpoenas from the Justice Department and the Securities and Exchange Commission relating to the allegations.

Johnson & Johnson said it plans to appeal the California ruling. A spokesperson said the company will move for mistrial because these cases use "one set of facts" and "decades of tests by independent, non-litigation driven experts and institutions repeatedly confirm that Johnson's Baby Powder does not contain asbestos or cause cancer."