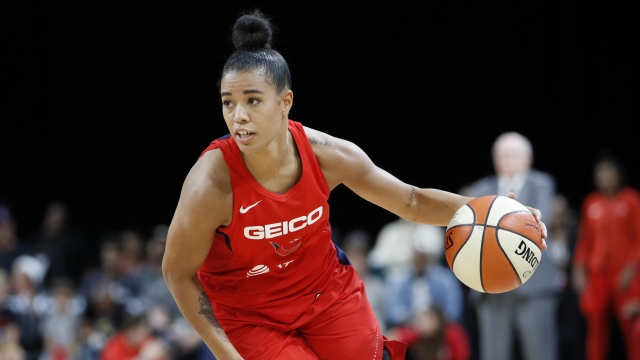 SMS
WNBA Dedicates 2020 Season To Social Justice Issues
By Gage Jackson
By Gage Jackson
July 6, 2020
The WNBA has agreed to form a platform called The Justice Movement so players and teams can promote the Black Lives Matter movement, among others.
SHOW TRANSCRIPT

The WNBA and its players union have agreed to highlight the Black Lives Matter movement and other social justice issues in the 2020 season.

ESPN reported Monday that the new initiative will create a platform known as "The Justice Movement" so players and teams can raise awareness for issues they care about. It will also establish a Social Justice Council to further conversations about systemic racism through outlets like player-produced podcasts.

Once the league returns on July 30, players will be allowed to wear jerseys with the names of women who have died in connection to police brutality or racial violence, such as Breonna Taylor and Sandra Bland.

According to ESPN, they will also wear Black Lives Matter shirts during pre-game warm-ups with the words "Say Her Name" printed on the back.

The NBA and NFL are also taking steps to expand social justice awareness, encouraging teams and players to share their beliefs without fear of repercussion from the league.